Recently, I wrote about setting up a home digital music system. Now I needed some way to serve the music to the Topping amp.

I found Logitech Media Server and I installed it on my Macbook Pro. It took me a while to realise that I could use the Squeezelite player via a third party plugin called “Local Player”. I didn't want the speakers to sit beside my desk. This meant I needed another computer to be the music server, which I could place next to the router on the other side of the room. I tried an ancient HP laptop, which unfortunately died. I then tried an even more ancient Dell that had Fedora 6 on it. Unfortunately, this machine was very noisy and too old to handle a newer version of Linux.

I read about running the LMS software on a Pogoplug and ordered one on Amazon. Unfortunately, I bought the wrong model, and in a rush to install the software, promptly bricked it. I put it down to experience and put it aside hoping that one day I’ll find the time to get it going again.

I thought of using a netbook or a fanless PC, but these were too expensive. A bit more googling lead me to the Rasberry Pi, various plugs and the CuBox. The Cubox looked to be the best:

Spinifix Computing in Australia listed the CuBox for $99 AUS and so I got one. It cost me $152.77 NZ with shipping to NZ. Spinifex delivered it promptly and it came with an NZ power supply (with c-tick approval). I liked that it doesn’t have the same USB problems that the Rasberry Pi has. I read about a Complete Logitech LMS setup on Cubox and what appealed was being able to use a USB hard drive to store the music. I have a couple of old external HDDs lying around, which would save having to buy an eSata drive. 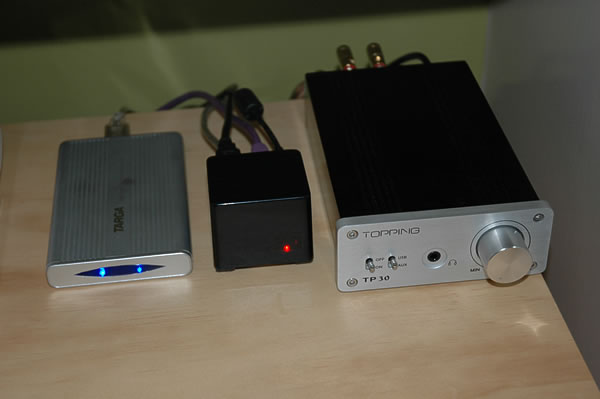